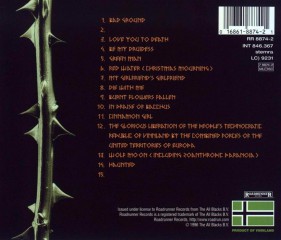 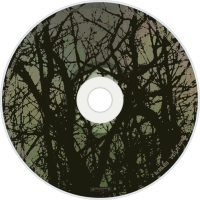 October Rust is the fourth album by Type O Negative. It was released on August 20, 1996 on the Roadrunner label. This is the first album with Johnny Kelly credited as the band's drummer, though in a 2007 interview with Dave Manack for dreadcentral.com, the keyboard player and co-producer, Josh Silver, confessed that all the drum parts on "October Rust and the band's two subsequent studio albums (World Coming Down and Life is Killing Me) were programmed. October Rust has more ballads and less of the punk/metal sound of previous or subsequent albums. It also features a much heavier cover of Neil Young's "Cinnamon Girl".
It is the second of the band's albums with a "joke intro"; in this case, the intro, "Bad Ground", is 38 seconds of low-level buzzing, meant to sound as if the listener's speakers are incorrectly plugged in. The second and fifteenth tracks are humorous untitled intros and outros to the album, respectively, with the band downplaying the recording of the album. Another production technique employed on the album is the use of very abrupt endings and segues to a few of the songs, like "Green Man", "Red Water" and "Haunted".
October Rust was the band's first use of a drum machine, although Johnny Kelly is still credited as drummer. Studio drums were not used again until Dead Again (2007).
The third track, "Love You to Death", was covered by the Polish gothic/progressive metal band Moonlight.