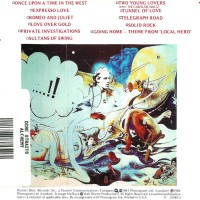 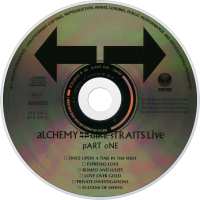 Alchemy: Dire Straits Live is the first live album by British rock band Dire Straits, released in 1984. It features their best-known tracks up to that point, often featuring reworked arrangements and extended improvisational segments.
The cover image is taken from a painting by Brett Whiteley.
Alchemy was remastered and re-released (in the UK only) on May 8, 2001.