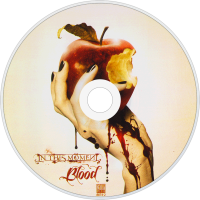 Blood is the fourth studio album by the American band In This Moment. The album was released by Century Media on August 14, 2012. As has been the case with every In This Moment album, the record has a different sound, dropping many of the traditional metalcore elements in favor for electronic samples and further experimentation.