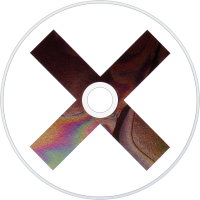 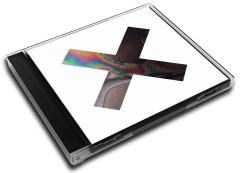 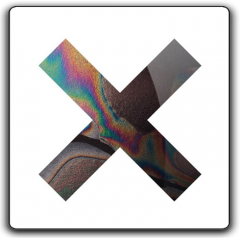 Coexist is the second studio album by English indie pop group The xx. It is set to be released on 10 September 2012 by Young Turks.
In December 2011, Jamie xx said the group's second album would be inspired by the club music scene that the trio missed out on. In May 2012, The xx played three intimate shows in London, where they previewed material from the album. Following that string of performances, they also performed on the Mini Stage of the San Miguel Primavera Sound festival in Barcelona, Spain, on 31 May 2012, as well as at the Optimus Primavera Sound festival in Porto, Portugal, on 9 June 2012. On 23 July 2012, the band debuted the tracks "Swept Away", "Sunset" and "Reunion" at the Music Box in Los Angeles.
On 16 July 2012, "Angels" was released as the album's lead single. Follow-up single "Chained" was released on 7 August 2012.

User Album Review
Subtlety comes in several shades, sometimes so slight as to be near imperceptible. The xx, Mercury winners with their 2009 debut and unlikely global stars since, were never going to overhaul their sound for album two; but spend a while in Coexist’s company and the London trio’s evolution is evident.
On a first spin, little might appear to have changed. Angels opens, starring Romy Madley Croft’s delicate voice set against a guitar that chimes its presence with an unhurried effortlessness. So far, so very debut-over-again.
But Coexist isn’t a straight continuation from the past; The xx broke from the routine of promotion, of filling headspaces with thoughts of what happens next, to rediscover lives outside of the band. Upon reconvening, fresh ideas formed, and many have found a place on Coexist.
Lyrically it’s a love album, from the first flushes of affection to the trauma of separation. This constant allows the music to spin out into new shapes. Try opens with a strangled synth whine, immediately reminiscent of G-funk; Reunion is carried on steel pans, lending it a Caribbean feel; and Swept Away rides a classic house beat with the pitch slowed so very… yes, subtly.
The latter track, Coexist’s penultimate number, is sure to stir thoughts of Todd Terry’s remixes for Everything but the Girl – serendipitous given Tracey Thorn and Ben Watt have previously covered The xx’s Night Time. It’s a standout, as is Fiction, Oliver Sim’s first true solo vocal after the ethereal drift of the debut’s interlude-y Fantasy.
If the production at the heart of The xx has progressed at glacier-like pace, Sim’s contributions have taken giant leaps forward. Confidence gleaned from hundreds of live performances between albums can be heard on every take.
Jamie Smith’s nudging upwards of the BPM represents advancement, too. Some may miss the (more) minimalist design of xx, but Coexist isn’t without hold-your-breath dynamics: a break to silence in Missing is followed by a tremendous return by Sim. It’s an electrifying moment.
With a signature sound established at the first time of asking, The xx’s challenge was to both expand their palette and satisfy the demands of a huge audience. And through refinement rather than reinvention, they’ve succeeded in singular style.