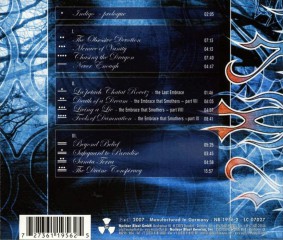 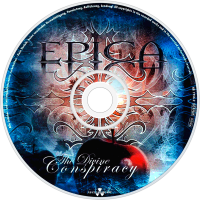 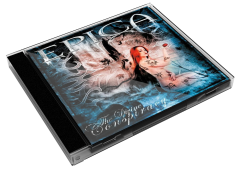 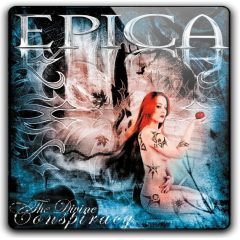 The Divine Conspiracy is the third full-length studio album by Dutch symphonic metal band Epica as well as their first concept album. It was released on September 7, 2007 through Nuclear Blast in Europe. The concept that guides the songs is that God created many different religions for humanity to figure out and overcome them so as to discover that, in nature and essence, they were all in fact the same one (hence the name, "The Divine Conspiracy")[citation needed]. Aside from the concept of such a conspiracy, The Divine Conspiracy finalizes The Embrace That Smothers, which began in After Forever's Prison of Desire (Prologue and parts I-III) and continued in Epica's The Phantom Agony (parts IV-VI). In short, The Embrace That Smothers is a collection of 10 songs (Prologue and parts I-IX), which talks about the dangers of organized religion.

In The Divine Conspiracy, Mark Jansen gives some room for new themes in the lyrics, moving away from The Embrace That Smothers. For example, "Beyond Belief" centers around the dispute between science and religion, but at the same time it does not attack either side. The following track, "Safeguard to Paradise" deals with the methods of convincing suicide bombers, a sharp contrast to the slow and soft music.

Following the departure of drummer Jeroen Simons in 2006, the album features a session appearance by God Dethroned drummer Ariën van Weesenbeek, who later became a full-time member of the band. The album also features a guest performance of After Forever's guitarist and singer Sander Gommans, who contributed grunt vocals for the song "Death of a Dream." The European digipak version of the album contains a cover of Fear Factory's "Replica".

"La‘petach Chatat Rovetz" ("לפתח חטאת רובץ") is an expression in Hebrew. It means that sin lurks and awaits for a chance to strike and affect.

The album was the first to reach the Top 10 Dutch charts, reaching the No.9. The following album, Design Your Universe, reached No.8, being the highest position that an Epica's album ever reached.