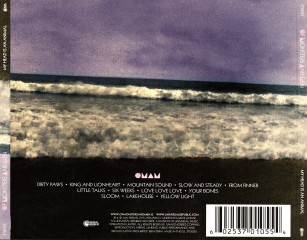 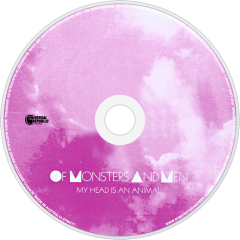 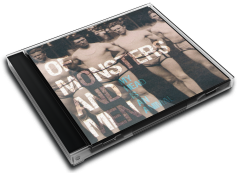 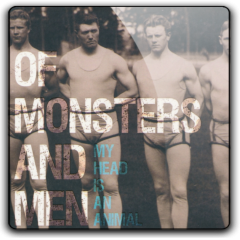 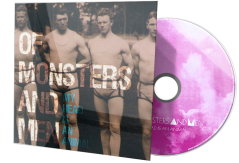 My Head Is an Animal is the debut studio album by the Icelandic indie folk band Of Monsters and Men, released in Iceland in September 2011. After their success, topping the Icelandic charts with their debut single, "Little Talks", the band signed with Universal Music Group and the album was released in North America on April 3, 2012. The title of the album comes from the second line in "Dirty Paws".

User Album Review
Of Monsters and Men have enjoyed considerable UK radio play in the middle of 2012 – but the truth is, Britain, that we’ve been slow on the uptake. This Icelandic six-piece have already conquered their homeland, vast swathes of continental Europe and, most impressively, that elusive US market: My Head Is an Animal hit number six in the Billboard chart back in April. Yes, we’re lagging behind, but as Jessica Ennis’ fellow heptathletes are saying right now: it’s not the winning that counts, but the taking part.
To Of Monsters and Men, this debut album must feel old. It was released in 2011 in Iceland. But the beauty of their hit single, Little Talks, is that its sweet-as-pie boy/girl vocal exchanges, belting brass and enthusiastic shouts of “HEY!” make it a perfect summer anthem. It sounds fresh and invigorating. And it makes perfect sense in the here and now as Mumford & Sons’ music rings out from festival stages.
Mumford’s folk-pop is the obvious comparison here, especially when Raggi Þórhallsson is singing. He has a similar husky delivery. And like Mumford, Of Monsters and Men keep it simple and memorable. These are not complicated melodies, but they are executed with a delicacy that, in quieter moments, echoes The xx (Yellow Light is particularly reminiscent of the London band) – a delicacy that is built upon with pounding drums and pretty pianos, sweeping you up into rousing pop crescendos.
It’s a sugary confection; don’t come here for complexity. But even the most cynical listener can’t help but be lured in by these tunes: in the blink of an eye, you’ll find yourself dancing to Mountain Sound and singing along with Six Weeks. Meanwhile, Slow and Steady and Sloom are atmospheric ballads that sparkle and swoon.
Once you get the message, little of this debut album will surprise. However, its consistency is undeniable. There isn’t a bad pop song here, and the balance between whimsy, sensitivity and boisterous fun is expertly weighted. Little Talks is dominating the airwaves, but Of Monsters and Men are far more than one-hit wonders.