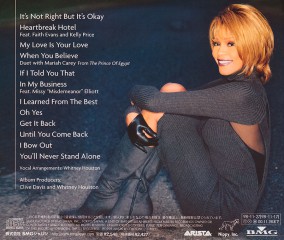 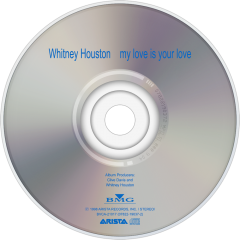 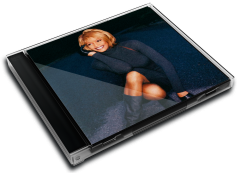 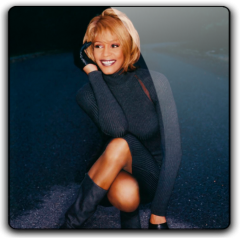 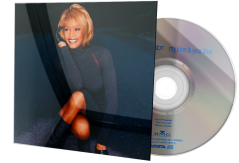 My Love Is Your Love is the fourth studio album by American singer Whitney Houston, released worldwide on November 17, 1998. The album, her first studio album in eight years since I'm Your Baby Tonight, was composed of mid-tempo R&B, hip hop, ballads, urban-dance, reggae, and torch songs, produced by different musicians such as Rodney Jerkins, Soulshock & Karlin, Wyclef Jean, David Foster, and Babyface. Although the album only peaked at number thirteen—her lowest position at the point—on the Billboard 200, and it sold less than Houston's previous albums in the US, it was a hit globally, with successful world tour in support of the album. In particular, it was a hit in Europe, topping the charts in Austria, the Netherlands, and Switzerland. It also reached the top five in other European countries like Belgium, Denmark, Finland, France, Germany, Norway, and the United Kingdom. The album generated five hit singles, including three top five US Hot 100 hits: "Heartbreak Hotel", "It's Not Right, But It's Okay" and the title track, "My Love Is Your Love", became Houston's third best-selling single ever.[16][17] Recording Industry Association of America (RIAA) and the International Federation of the Phonographic Industry (IFPI, Europe) certified 4× platinum for shipping of four million copies of the album in 1999 and 2002, respectively.[18][19] Worldwide it has sold over thirteen million copies.[20]
With its commercial success, My Love Is Your Love received rave reviews from many critics, regarded as one of her best works.[21] At the 42nd Grammy Awards of 2000, the album got seven nominations including Best R&B Album and two Best R&B Songs, and won one of which, Houston's sixth Grammy Award, Best Female R&B Vocal Performance.

User Album Review
My Love Is Your Love is the fourth studio album by American singer Whitney Houston. Houston successfully handles uptempo dance numbers, ballads, mid-tempo RnB grooves, hip hop and reggae.
Successful singles to be released from the album include When You Believe (a duet with Mariah Carey), Heartbreak Hotel and It's Not Right But It's Okay, for which she won a Grammy Award.
The fourth release was My Love Is Your Love (song) which peaked at number four on the US Hot 100, and became Houston's second best-selling single ever, after I Will Always Love You.