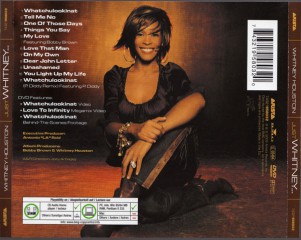 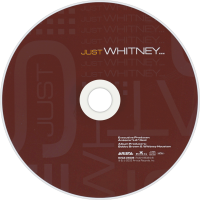 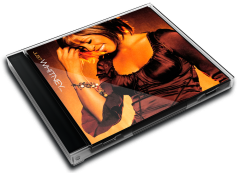 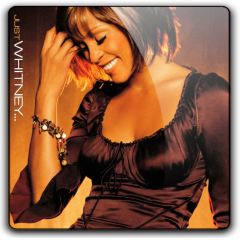 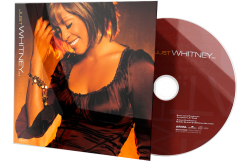 Just Whitney... is the fifth studio album by American recording artist Whitney Houston, released on December 10, 2002 in North America by Arista Records. It was her first studio album in four years, since 1998's My Love Is Your Love, and after signing her new $100 million Arista contract in 2001.
The album debuted at number nine on the Billboard 200, and number three of Top R&B/Hip-Hop Albums, with sales of 205,147 copies in the first week, not only beating her previous high first-week sales of 177,284 units with Waiting to Exhale Soundtrack Album but also logged her highest debut sales out of her SoundScan-era solo albums. The album received mixed reviews from music critics.
It spawned four official singles―with three; "Whatchulookinat", "Love That Man" and "Try It on My Own" peaking at number-one on Billboard's Hot Dance Club Play chart. "Try It on My Own" also peaked to number-ten on Billboard's Adult Contemporary singles. Since its release, Just Whitney... has gone on to sell/ship more than 3 million units worldwide and has also earned Platinum certification in the U.S. and Switzerland and Gold in France, Brazil and other countries. As of 2012, the album's US sales stand at approximately 800,000 units.

User Album Review
Once upon a time there lived an extremely gifted pop princess who possessed beauty, poise and a set of vocals that would make the clouds smile. Critics were perplexed by this seemingly perfect specimen, and swiftly termed her bland and banal. However, a bad-boy husband, 120 million album sales, and rumours of a dubious lifestyle ensured that Whitney Houston never leaves the headlines.
With one of the most exceptional voices in contemporary music, her latest album, aptly titled Just Whitney sees the diva return to her former glory with a combination of high-voltage ballads and smooth-liqueur R&B.
'Love That Man' sounds suspiciously like an ode to her much criticised hubby. Here Whitney comes across as soulful and sincere as she ooohs and aaahs in the right places. The mid-tempo track harks back to 80s soul with its simple bass line, and unfussy production.
'One Of Those Days' also has a slight retro feel to it, cleverly sampling the Isley Brothers' Between the Sheets. Modern day women will be able to relate to this one, as Whitney croons about the need to withdraw from the pressures of day-to-day living for a spot of girlie pampering.
Whitney has been experiencing her own fair share of pressure-cooker environments recently. For evidence, look no further than 'Whatchulookinat', an assertive, defiant statement against her critics. The gentle vocals, which appeared on previous tracks, have now been replaced by an authoritative Whitney stating: 'Unashamed by the life that I lead, the choices I've made, the things I have done, my belief in the one'.
The most welcomed return on Just Whitney is the incorporation of big love ballads; with the melancholic "On My Own" providing one of the album's highlights. The big-band orchestral feel to this track provides the perfect platform for Whitney to deliver vocally. Climaxing with one of those highly sustained notes sung in an octave that only the likes of Mariah, Celine and Aretha are capable of, she renders this track truly awesome.
The moral of this story is always stick to what you do best. Whitney's return to big ballads will hopefully ensure that this pop princess will be able to lead the rest of her life like a clichéd fairy tale - happily ever after.