One Wish: The Holiday Album 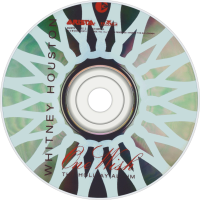 One Wish: The Holiday Album is the only Christmas album by American singer Whitney Houston, released in 2003.
The album featured the single "One Wish (for Christmas)", which reached the top twenty on Billboard's U.S. Adult Contemporary chart. The album spent six weeks on the Billboard 200 and has sold 490,143 copies to date.
The album also features a duet with Houston's daughter Bobbi Kristina on "The Little Drummer Boy". The album also re-uses "Joy to the World" and "Who Would Imagine a King" from 1996's The Preacher's Wife: Original Soundtrack Album.