I Look to You 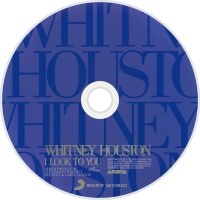 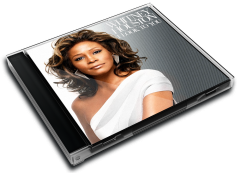 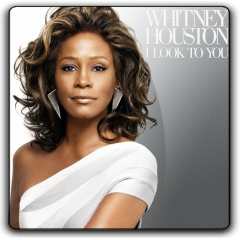 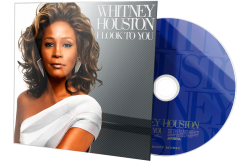 I Look to You is the sixth and final studio album by American recording artist Whitney Houston. It was first released on August 28, 2009 through Sony Music in Europe, then August 31, 2009 with Arista Records in the United States before being released by RCA Records in the United Kingdom on October 19, 2009. The album was Houston's first studio album since 2003's One Wish, and the follow-up to 2002's Just Whitney....
It received favorable reviews from music critics, based on an aggregate score of 66/100 from Metacritic and debuted on the U.S. Billboard 200 at number one with sales of 305,000, beating her previous career best first-week sale of 205,000 units with Just Whitney... (2002), and it was her first album to reach number one album in the United States since 1992's The Bodyguard. Additionally it became her fourth chart-topping album thus extending her lead as the female artist with the most cumulative weeks at the number one position.
It has spawned two official singles: The title song, which became a top 20 U.S. R&B chart single, and the international single "Million Dollar Bill", which hit the top ten in several countries worldwide and also becoming a US top 20 R&B hit. Since its release, I Look to You has gone on to sell 2.5 million units worldwide, earning platinum certification in seven countries and gold certification in eight. A promotional single, "Nothing But Love", was only released to UK radio stations to promote the accompanying Nothing but Love World Tour.

User Album Review
In spite of Whitney Houston’s recent soap opera of a life providing considerable entertainment, it’s good to be see her back on television for the right reasons and doing what she ought to be doing, and judging from recent photos she looks astonishing and serenely comfortable with life. It seems the elder stateswoman of big-voice pop/soul is self-assuredly better looking and sounding than any of her apparent R&B rivals, which makes it a bit of a shame the album doesn’t display that same confidence all the way through.
It all starts off well enough, with the opening track, Million Dollar Bill, setting the singer against a very modern-sounding background, but one with enough depth and actual musical substance to balance the size of her voice. It’s like old-school soul only with up-to-date instruments. It’s so precisely where Whitney should be that she sounds totally energised, sparring with the backing vocals and having fun inside a superbly funky arrangement. The next track, Nothin’ But Love, takes a sparser, synthier approach but provides more than enough to give her a decent platform to work from and keeps things up-tempo fun and vocally playful.
In this setting even the comparatively anorexic third track Call You Tonight, which is little more than generic RnB, is sung so superbly it reinforces the fact that she’s vastly superior many modern stars putting out material of a similar compositional standard. Then, just as audience and artist are revelling in Whitney Houston for the 21st century, we’re yanked back in time with a series of identikit power ballads. True, this sort of thing is her trademark and people will expect it, but they say nothing about Whitney Houston that we didn’t already know. They could’ve come from any of her albums from the last 25 years – under other circumstances, titling one of them Like I Never Left might be considered ironic.
Although I Look to You does drag itself back to the present day with later tracks Worth It and For the Lovers, on which she sounds like she’s enjoying herself again, especially on the elastic grooves of the latter, at this point it only shows up that middle section retreat into her safety zone as being even more unnecessary.