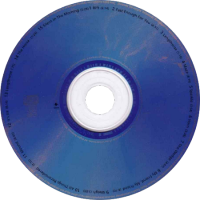 Rift is the fourth official studio album by the American rock band Phish. It is the band's second concept album, the first being The Man Who Stepped into Yesterday in 1987, which has never been officially released. Rift's songs convey the experience of a man dreaming about the rift in his relationship with his girlfriend. Recorded in September and October 1992 and produced by Muscle Shoals music veteran Barry Beckett, the album was released by Elektra Records on February 2, 1993.

All songs were written by Trey Anastasio and Phish lyricist Tom Marshall except "Mound" and "Weigh" by bass guitarist Mike Gordon and "Lengthwise" by drummer Jon Fishman.

The instrumental, "All Things Reconsidered", is an intentional variation on the theme to the National Public Radio news show All Things Considered, and has been featured on the show itself several times. An orchestral version of the song appears on Trey Anastasio's 2004 solo album Seis De Mayo.

The cover art was created by New York-based painter David Welker, who worked closely with the band during winter 1993 in order to visually depict each of the album's tracks in a single image, with the notable exception of "The Horse". (For this reason, a horse intentionally appears on the cover of Phish's next album, Hoist). Relix magazine listed Rift as one of the most iconic album covers of all time in 2007.