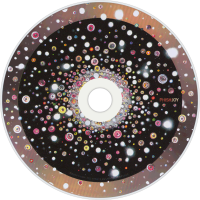 Joy is the eleventh official studio album by the American rock band Phish, released on September 8, 2009, on the band's own label, JEMP Records. The album marked Phish's return after a four year break, and also re-united the band with producer Steve Lillywhite, who last worked with Phish on their 1996 release, Billy Breathes.

Noting that 2009 marked the band's 25th anniversary together, Rolling Stone described Joy's songs as something akin to "a belated birthday party" characterized by nostalgic, reflective lyrics that appear to be influenced by guitarist Trey Anastasio's struggle with drug abuse during the intervening years. Rolling Stone praised the album as "genuinely great" and "a deeper trip than most Phish LPs".

The first single, "Time Turns Elastic"-originally a multi-movement work for strings, guitar and vocals released as an album earlier in the year by Anastasio-was released for iTunes-only download on May 26, 2009. The album's second single, "Backwards Down The Number Line", was released on iTunes and began radio rotation on August 17, 2009.

Amazon.com released an exclusive live version of "Backwards Down the Number Line", recorded at Red Rocks during the band's summer tour, as a download-only bonus track.

All ten songs were performed live during the band's 2009 summer tour, and have been generally well received by fans. However, "Time Turns Elastic" has been criticized as being too overly composed for ready translation to the live stage, and the album's nostalgic ballads are sometimes thought to dampen the energy of Phish's typically acclaimed live shows.