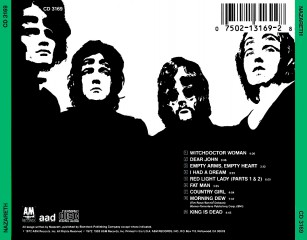 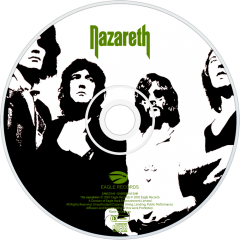 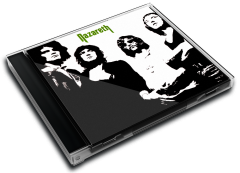 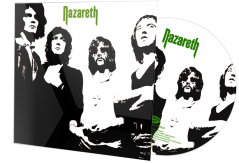 Family men with day jobs... Could these four guys from Dunfermline offer their listeners enough energy to bounce off it and fly high? The first cut on the band's self-titled album left no doubts: no introduction as such, in "Witchdoctor Woman" Dan McCafferty's sharp voice slices the heavy beat of Darrel Sweet's drums while Manny Charlton's guitar rages on - here in unison with vocals, there waywardly - bobbing on the funky grit of Pete Agnew's bass. Thus, the course was chartered for the Scottish ensemble to traverse in the following decades, even though for the most part there's not much NAZ trademarks on their debut LP, yet the heavy psychedelic reading of Tim Rose's "Morning Dew" paves - with the top session players BJ Cole and Pete Wingfield's help - the road to another American classic, "This Flight Tonight", released on "Loud 'n' Proud" three years later. From today's perspective, the idealism of "I Had A Dream", led by Canterbury scenester Dave Stewart's harmonium, may seem flabby, and "The King Is Dead" too maudlin a ballad, but the "Red Light Lady" riff is pure NAZARETH, orchestra notwithstanding, and for all its bluesy naivete "Nazareth" sounds imposing even now, showing the possibilities to be explored and exploited.