Away From the Sun 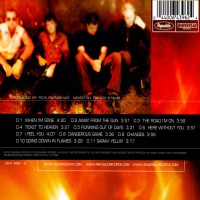 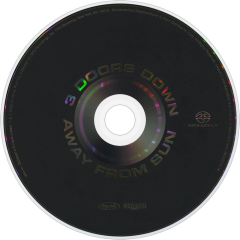 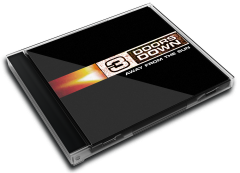 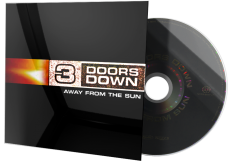 Away from the Sun is the second studio album by American rock band 3 Doors Down, released on November 12, 2002. The singles released for the album were as follows: "When I'm Gone", "The Road I'm On", "Here Without You" and "Away from the Sun". Rush guitarist Alex Lifeson produced three songs for the record: "Dangerous Game", "Dead Love" and "Wasted Me". Lifeson also performed on one of the tracks as well as performing live with the band during their premiere party in Biloxi for Away from the Sun. The album has sold four million copies worldwide, including well over three million in the US alone.

Album Review
It takes a good few listens to really get into this album. These good natured Mississippi post grungers are the bland logical conclusion to a genre which imploded from its overblown, debauched existence.

Produced by Rick Parashar (Alice in Chains, Pearl Jam), Away From the Sun finds 3 Doors Down back after multi platinum success and heavy touring. The result is a very personal record which touches on homesickness, loneliness and the life-changing buzz of going from somebody to rock star.

The album opens with lead single When I’m Gone which sets the format for the other twelve songs – strum-pluck intros, verse to chorus, soft to loud – picture Nickelback trying to break out of puberty. It all conforms to a pretty simple formula which makes a surprisingly refreshing listen.

The album is often hindered by vocalist Brad Arnold’s tendency to launch into Pearl Jam karaoke. Perhaps a reflection of the singer’s influences, it’s unnecessary since Arnold has a pretty good voice, if not entirely original. Still, Arnold’s singing has improved markedly, which keeps the band slightly more distanced from the Matchbox 20 / Creed mould.

Away From The Sun is a worthwhile listen. It’s honest and heaped with tuneful potential singles. The Road I’m On is electro-acoustic US rock at its best. Ticket to Heaven is the fruitful product of growing up as part of the grunge generation, while Running Out of the Days is an aurally pleasing medley with shades of both Pearl Jam and Smashing Pumpkins.

As the album reaches its climax the decibels rise a bit more and the guitars become chunkier. Going Down in Flames and Sarah Yellin’ are lacklustre Mother Love Bone. Bonus track Pop Song is a dirty riff-romp, not a million miles away from Alice in Chains. Other highlights include the band’s 2000 US #1 Kryptonite and a pretty good broody untitled extra.

It will sell by the million, perhaps breaking into a few more markets along the way. With the UK fixated in an obsession with rock’n’roll and heavy rock (plus the terminal decline in nu metal) how well this will be received is questionable. Nowhere near the groundbreaking 90s grunge it draws from, it provides a counter balance to the current industry of cool.

For those still clutching their ’90s records, its a timely reminder of how good it was. For those looking for inspiration though, it might be a good idea to go back ten years. Then again, who knows? Their next album could see 3 Doors Down finding their own sound. Like life in general it’s what they make of it, which ain’t so bad at the moment.