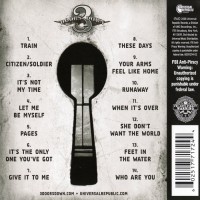 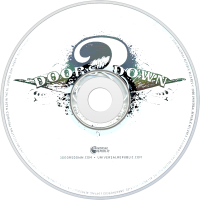 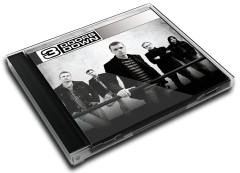 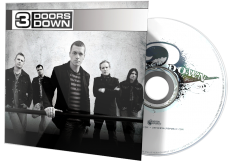 3 Doors Down is an album by American rock band 3 Doors Down, released on May 20, 2008. It is the band's fourth studio album."It's Not My Time" was the first single from the album and was released in February 2008. It can be heard on the band's MySpace site. Another song on the album, "Citizen/Soldier" was released in 2007 as a tribute to the National Guard. The album became the band's second consecutive #1 album on the Billboard 200, debuting at #1 with first week sales of 154,000. As of February 2009 it has sold 705,815 copies in the U.S, and is certified Gold by the RIAA. It is the first album to feature Greg Upchurch on drums.

Album Review
Major-label rock was emo long before wispy boys with trimmed eyebrows and the occasional hint of makeup moped their way onto radio. A decade ago frat boys raised on grunge’s miserablists translated that sadness for arenas. Even then 3 Doors Down occupied unenviable real estate — more mature than Puddle Mudd, less appealingly tortured than Staind (with whom 3 Doors Down will tour this summer).

Unlike its moping peers, 3 Doors Down has always been strongest when meting out dashes of cruelty with its sullenness — “Kryptonite” (2000) has galloping drums and firm words for a former friend, and “When I’m Gone” (2002), its best song, is alluringly dark, about willfully slipping through the fingers of someone trying to save you.

But lack of specificity has also been a 3 Doors Down hallmark — the video for “When I’m Gone” turned the song into a celebration of troops heading off to war — and that blankness overwhelms their decidedly unflamboyant, often dull fourth album. “Let Me Be Myself,” a droning plea, could be aimed at a parent, a friend or a lover. “It’s the Only One You’ve Got” and “Give It to Me” are pure platitude, and just when the band’s aggression is swelling to compensate for the listless lyrics, it stops short of full assault.

Instead the band succeeds when breaking new ground. On “Train” it displays heavy-metal flair, and the singer Brad Arnold achieves a blueslike informality that bespeaks his Mississippi roots. And though “When It’s Over” is among the least imaginative musical moments here, Mr. Arnold is thankfully back to sneering: “Why do you love to see me fail so much?/’Cause on that day you crawl back on your knees/Tell me who will save you.” On an album full of sadness it’s the only moment of true catharsis. JON CARAMANICA