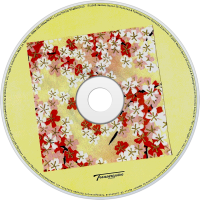 Although Oxford, England's Foals didn't release their debut full-length, Antidotes, until the spring of 2008, they had already begun to make quite a name for themselves, thanks to the British singles "Hummer" and "Mathletics," and successful dates in the U.S. the preceding fall; meaning, of course, that the anticipation for the record had plenty of time to grow. Fortunately, Antidotes is able to live up to the hype. Frontman Yannis Philippakis uses his limited vocal range to his greatest advantage, moving from yelps to half-whispered singing depending on the intensity of the piece. In fact, the one drawback of the album may be that Foals have only two types of songs: the fast(er), punchy ones and the slow(er), spacier ones. For bands whose sense of songcraft isn't strong, this would certainly be a detriment, but as Foals keep melody and hookiness at the forefront of their minds, the fact that much of their work sounds very similar (and is all practically in the same key) just adds a sense of cohesion to the record, shows that the group has a very clear idea of what it wants to sound like. This sureness can also probably explain the band's dislike of producer Dave Sitek's final mix, which differed from what they had imagined (and therefore prompted their own mixing of it, and the one they ultimately released). But Sitek should be credited for introducing at least the saxophones, if not the more ambient keyboards and occasional electronic element, to the Foals' arrangements, which end up working quite well and prevent the tracks from completely bleeding into one another, also allowing for the band's instrumental sections to play out in an interesting groove, like during the very NOMO-ish "Like Swimming" or the close of "Heavy Water." The two guitars pick out cascading notes -- never chords -- against one another, the bass borrows from both Interpol and Gang of Four, and Philippakis' voice cries out in repetition wonderfully, but it's these occasional horn bursts, the electronic chops and blips, that truly complete the songs, making Antidotes not merely a lesson in post-new wave noodling, but evidence of the power and excitement of the genre and music itself.