Songs From the Last Century

Track List
01) Brother Can You Spare a Dime
02) Roxanne 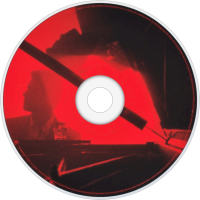 Songs from the Last Century is an album of cover versions by singer George Michael and acclaimed producer Phil Ramone, released in December 1999. It consists mainly of old jazz standards, plus new interpretations of more recent popular songs, such as "Roxanne" (originally by The Police) and "Miss Sarajevo" (originally by U2 with Luciano Pavarotti).