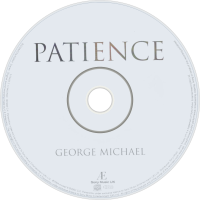 Patience is a 2004 album by George Michael. The much delayed follow-up to Older, it debuted at #1 on the UK Albums Chart, and at #2 in Australia on 22 March 2004. It is considered Michael's comeback album and became one of the fastest selling albums in the UK, selling over 200,000 copies in the first week. The record reached the top five on most European charts, and peaked at #12 in the US. It sold around ten million copies worldwide, spanning six singles (the first two, "Freeek!" and "Shoot the Dog", were released in 2002 by Polydor, when the album was originally due, and last, "John and Elvis Are Dead", were only sold through the Internet).