14) The Lost Children
15) Whatever Happens
16) Threatened 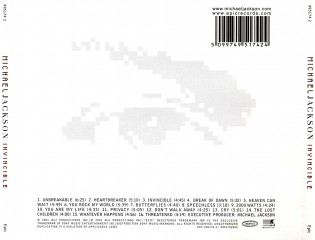 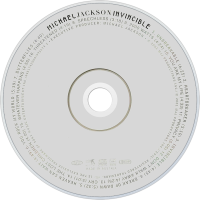 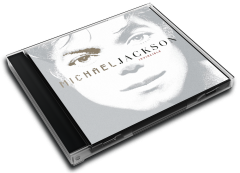 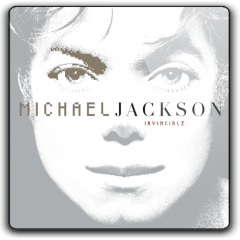 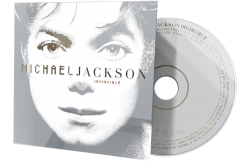 Invincible is the tenth studio album by American recording artist Michael Jackson, released October 30, 2001, on Epic Records. His last studio album, it was the first release of new Jackson material since Blood on the Dance Floor: HIStory in the Mix in 1997 and the first studio album in six years since HIStory: Past, Present and Future, Book I. Jackson, Rodney Jerkins, R. Kelly and Teddy Riley received producing and writing credits, among others. Similar to Jackson's previous material, Invincible explores themes such as love, romance, isolation, media criticism, and social issues. Invincible received generally mixed reviews from contemporary music critics. The album's singles were incomplete in their release. Jackson was able to use these conflicts as leverage to exit his contract early.
Three singles were released from the album: "You Rock My World", "Cry" and "Butterflies" of which the first and second were released as physical singles internationally (except the USA) and the third one being a US-only radio-airplay single. The album's first and last singles charted within the top twenty on the Billboard Hot 100 Chart, and they peaked at number one and within the top ten in several markets worldwide; "Cry" was less commercially successful. Following a conflict between Jackson and his record label, Sony Music stopped promoting the album. The album was the recipient of one Grammy Award nomination for Best Pop Vocal Performance - Male, as well as being voted, by readers of Billboard magazine, the best album of the decade.
The album peaked at number one in eleven territories worldwide, including the United States (with sales of 363,000 units its first week), the United Kingdom, Australia, France and Switzerland. Invincible charted within the top ten in six other territories; its least successful charting area was Mexico, where the album peaked at number twenty nine. Invincible re-entered music charts several times during the decade. Despite selling 13 million copies worldwide, the album has been viewed as a commercial failure compared to Jackson's previous albums sales.

User Album Review
This is Michael Jackson as we've come to expect him.

It's been six years since he last released a new album and a lot has happened since. The Spice Girls have been and gone, Destiny's Child have become the hottest R&B act around, UK Garage and Nu-Metal have both arrived. His 80s colleague Madonna has gone from dwindling sales in the mid-90s to become more credible, successful and respected than ever. So where does that leave Jackson? His answer is the sixteen track - and 77 minute - Invincible. Those expecting a 'Ray of Light' kind of re-invention - forget it. This is Michael Jackson as we've come to expect him.

The album is a mixture of upbeat tracks with his usual yelps - when he does actually sing his voice is still amazing. The best of these are '2000 Watts', 'Whatever Happens' and 'Threatened'. The ballads which make up most of this album cover his usual concerns - his privacy, children and falling in love. Some of them are good, but the others are pure Disney like 'The Lost Children' or 'Speechless'. If you are a big Michael Jackson fan and like what he does there is plenty here to keep you happy. However, if you are just curious to see whether the hype, the wait or the money has been worth the wait - you might just find that there isn't enough here which is fresh or original. It's not a great album and it's not a bad album. It's just not very thrilling.