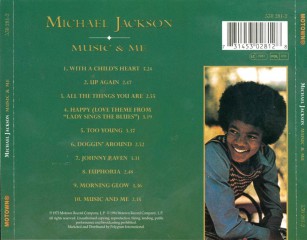 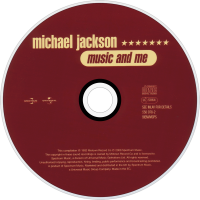 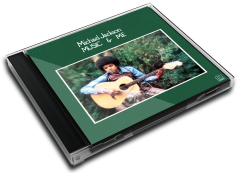 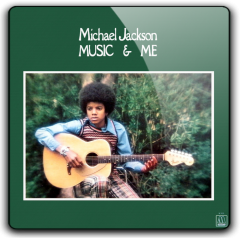 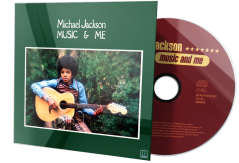 Music & Me was the third solo album by American singer Michael Jackson, released in 1973 on the Motown label, selling two million copies worldwide. The album was reissued in 2009 as part of the 3-disc compilation Hello World: The Motown Solo Collection.
The album was released during a difficult period for Jackson, who was 14 years old at the time, as he was experiencing vocal changes and facing a changing music landscape. Having been influenced by fellow Motown label mates Marvin Gaye and Stevie Wonder, Jackson wanted to include his own compositions on the album, but Motown refused to allow this.
Despite featuring a photo of Jackson strumming an acoustic guitar on the album cover, he does not actually play an instrument on the album. Jackson would later express his frustrations about this to his father, Joe Jackson, who would later work to terminate Michael and his brother's contract with Motown, and negotiate lucrative contracts for them with Epic Records.