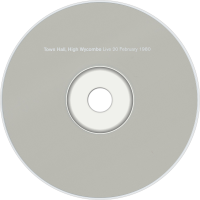 Still is a compilation album by Joy Division, consisting of previously unused studio material and a live recording of Joy Division's last concert, performed at Birmingham University. Originally planned for release in August, it was eventually released on 8 October 1981. The CD version was released in March 1990. A number of the studio recordings have "added post production", including over-dubs by the surviving members of the band.
The album includes the only time the group ever performed the song "Ceremony" live, which later became a New Order single. Another song featured is a cover of The Velvet Underground's "Sister Ray", recorded at The Moonlight Club in London on 2 April 1980.
Still is a point of contention among some of the group's fans, because of the unbalanced recording of the High Hall performance. This is not aided by the fact that the engineer that night mixed the vocals far too low for the first half of "Ceremony", making Ian Curtis inaudible and thus ruining one of only three recordings the band made of the song. Recent CD reissues of the album on London Records have replaced this live version with the other known recording, a 1980 rehearsal that originally surfaced on the Heart and Soul box set. An audience recording of the live version, while of lower fidelity, has all of Curtis' vocals and has circulated as a bootleg since 1980. A further point of contention is the omission of the track Twenty Four Hours from all subsequent CD reissues of this album; this was said to be due to time constraints. As a result, "Twenty Four Hours" only appears on some cassette and vinyl versions of Still and has yet to be released officially on CD.
This album, along with Closer and Unknown Pleasures has been remastered and was released 17 September 2007. The remaster is packaged with a bonus disc, recorded at the Town Hall, High Wycombe on 20 February 1980.
Still reached #5 in the UK upon its release and peaked at #3 in New Zealand in February 1982.

Album Review
When writing about Joy Division you enter the territory marked ‘sacred cows’. It’s the same box that contains Nirvana or Hendrix. So how do you approach a collection that has so much associated kudos, bereft of objective distance?
Luckily, unlike many other such supposed ‘classics’ Joy division remain wholly startling and unlike just about anything else that emerged on factory. How did they do this? Well, for starters this wasn’t a four-piece rock ‘n’ roll band. It was a FIVE-piece. It’s long been accepted that without the perversely dictatorial hand of producer Martin Hannett these Salford lads would have remained another post-Bowie, post industrial bunch of angst-ridden young men. By harnessing their rawness with an obsessive’s use of the latest digital technology, Hannett worked the alchemical miracle that made Ian Curtis’ voice into a living embodiment of dislocation and alienation, while Stephen Morris’ drums became the rattling metronomic sound of post-war Europe spinning in its tomb.
As such Still comes as a partly frustrating compilation. Aimed at quickly curtailing the bootleg industry that always follows the death of a young icon, Factory Records collected a reasonable amount of outtakes and unfinished songs along with a recording of the last gig the band played before the singer’s death. Undoubtedly as compelling as they were live - with Curtis’s spastic dervish act making corporeal the bleak, intense muse that informed their work - the sound is thinned out and lacks Hannett’s fairy dust. Mind you, the singer’s comment about “Louie Louie” shows that for such a notoriously dour band they still had humour residing in their ranks.
The studio material fares better, with “Dead Souls” as crucial as anything on Unknown Pleasures or Closer. The same goes for the post-punk glory of “Glass”, containing the DNA of white R&B in its grooves. Other tracks like “Ice Age” sound less complete in their thrashy approach.
Of course this is all still a fair notch above most of the label’s other acts, and that includes New Order. Who can tell where they would have gone had Curtis lived? All that we have left is the sepulchral voice, the snatches of Ballardian exitentialism and the eery electronic undertow. It’s more than enough for most people. But beginners would be wise to start with their two proper studio albums.