04) Roll Away Your Stone 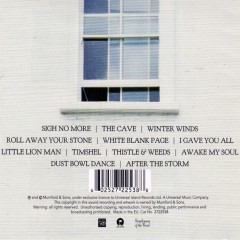 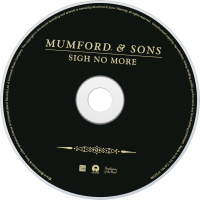 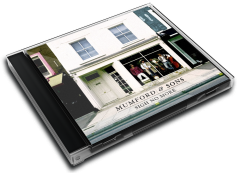 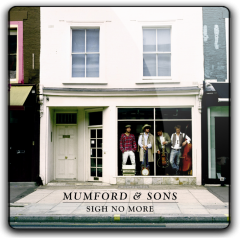 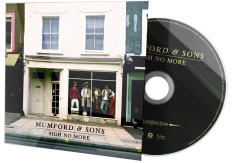 Sigh No More is the debut studio album by London-based indie folk quartet Mumford & Sons. It was released on 2 October 2009 in the UK, and on 16 February 2010 in the United States and Canada. The album entered the UK Albums Chart at #11 on 11 October and has so far peaked at #2 on 20 February 2011, in its 72nd week on the chart and following its Album of the Year win at the 2011 BRIT Awards.
In mid-2010, it was rated the year-to-date's 8th best record on NPR's All Songs Considered. On 20 July 2010, it was shortlisted for the Mercury Prize, awarded annually for the best album in the United Kingdom and Ireland. The award was given to The xx's self-titled album. On 6 December 2010, a deluxe edition was released. This included the original album, a live CD of the concert from the O2 Shepherds Bush Empire, and a DVD containing parts 1, 2 and 3 of the Gentlemen of the Road documentaries. On 15 February 2011, the album was awarded the Best British Album at the BRIT Awards. In the United States, it was the 3rd most digitally-downloaded album of 2011, selling 761,000 copies.
The album's title is taken from a line in Shakespeare's Much Ado About Nothing and several other lines from the play appear in the title track's lyrics.

User Album Review
London’s nu-folk scene has turfed up surprises as unlikely as they’ve been refreshing of late. First we had Laura Marling, displaying a poise and unnerving command of her material that called to mind the best of the 70s troubadour tradition. Then there was Johnny Flynn’s earthy erudition, steeped as it was in folk’s mystical lexicon. And this year Noah & The Whale reconciled their twee approach with a newly-whetted pop savvy and broader sonic palette, transforming into a major-league concern in the process.
Having paid their dues the old-fashioned way as the (superb) on-off backing band for Marling in 2007/08, Sigh No More sees four-piece Mumford and Sons strike out for equally distinctive territory, carving out a mostly winning ”“ if nigglingly naive ”“ debut that deserves an audience to match its impressive convictions. It’s a record deploying a wealth of folk signifiers, from banjos and sighing mandolins to dubious lyrics about how the harvest left no fruit for you to eat, but which in truth shares more genes with the bombastic song progressions of Arcade Fire or even Kings of Leon’s grit ‘n’ shine indie anthemics.
As such, the title-track builds into head-spinning panorama like the ones that greet photogenic tourists reaching a Highland summit in a Scottish tourist board ad ”“ but the view’s secondary to the transcendent feeling it evokes. It’s a fist-pumping formula realised undoubtedly in part through Arcade Fire and Maccabees veteran Markus Drav’s production work, and while much of Sigh No More sounds impressively big as a result ”“ Little Lion Man and Thistle & Weeds are especially massive ”“ it also leaves the band open to sounding portentous when the tunes aren’t up to snuff. I Gave You All is one such howler, singer Marcus Mumford’s vocal howling its impotent rage at a bothersome ex. Hell might hath no fury like a folkie scorned, but do the results have to sound quite so much like JJ72 cast-offs?
Still, no matter: time’s on the side of these barely 20-something hayseeds, and with a little more ballast to temper their flightier moments, they should go on to fine things indeed.