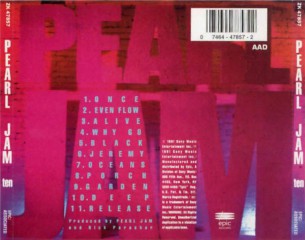 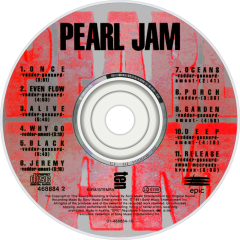 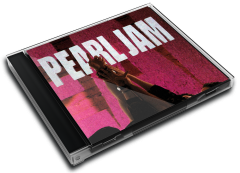 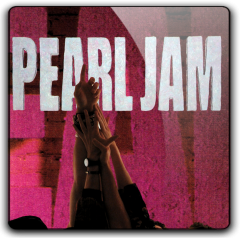 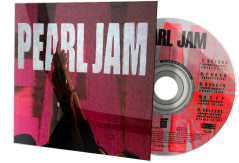 User Album Review
There are several reasons why people disliked Pearl Jam. Some of theses reasons may not have quite the potency they did: mainly they were seen as a far more corporated rock proposition compared to the cooler, 'no sell out' purism of Nirvana (though Kurt Cobain not liking Pearl Jam probably did them more favours in the long run); oh, and let's not forget their responsibility in popularising the ghastly long shorts that blighted men’s fashion during that period.
Formed from the remnants of Seattle bands - the highly regarded Green River and the wonky glam tartery Mother Love Bone ”“ Pearl Jam had plenty going for them, but suffered at the hands and snobbery of the purists who found such things as ambition offensive. Originally released in the US in August 1991 ”“ a month before Nevermind - Ten, thus, arrived over in the UK in the midst of a mildly embarrassing 'grunge explosion' in February 1992.
Ten offered up a selection of some of the band's best tunes ”“ Alive, Even Flow, Once and Jeremy all feature on here ”“ all far more indebted to classic rock structures than aping the Pixies. The remastered album offers up a far rawer and pleasing sound, more akin to the band's true sound. These four special deluxe editions go a bit overboard with their various formats. Why now? It's not entirely certain. A couple more years and it'll be the twentieth anniversary of its release. Perhaps someone doesn't want to re-live that era of being overshadowed by Nevermind again.
Now in the 18 years since they fled the picky spotlight and offers of grunge fashion spreads, they've gradually became one of America's great rock bands, finally matching the ambition that they were so sneered at for having. They've taken on Ticketmaster, continued to carry on filling vast sheds the world over. Their contemporaries? Well with Nirvana we have an idea, however for Screaming Trees, Alice In Chains, Soundgarden and anyone else capable of wearing a plaid shirt correctly, it all went to various levels of hell. Pearl jam, and Ten both abide, thanks very much