07) Lover, You Should've Come Over 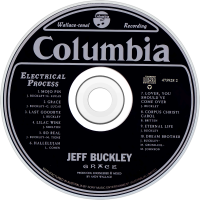 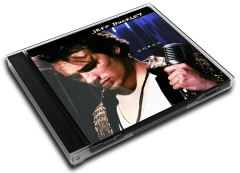 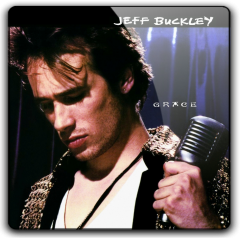 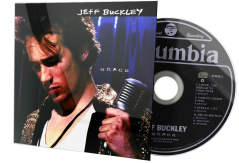 Grace is the only complete studio album by Jeff Buckley, released on August 23, 1994. While the album initially had poor sales, peaking at No. 149 in the U.S., and received mixed reviews, it gradually acquired critical and popular acclaim and has now sold over 2 million copies worldwide. An extended version of the album (subtitled "Legacy Edition") celebrating its tenth anniversary was released on August 23, 2004, and it peaked at No. 44 in the UK.

Grace re-entered the albums chart in Australia at number 44 for the week of January 29 to February 5, 2007 – 13 years after its original release date. It is currently certified 6x Platinum in Australia.

Grace has been highly rated in magazines such as Q, in which readers voted Grace the 75th greatest album of all time in 1998; the same vote was taken again in 2005 and Grace then ranked 13th. In 2003, the album was ranked number 303 on Rolling Stone's list of the 500 greatest albums of all time. In 2006, Mojo named Grace the No. 1 Modern Rock Classic of all Time. It was also rated as Australia's second favourite album on My Favourite Album, a television special aired by the Australian Broadcasting Corporation on December 3, 2006. In 2003, Buckley's version of "Hallelujah" was ranked No. 259 on Rolling Stone's list of the 500 greatest songs of all time. VH1 also rated the album No. 73 on its "100 Greatest Albums of Rock & Roll" show/list. David Bowie considers Grace to be the best album ever made, and has said it would be his only "Desert Island Record."

Album Review
While Jeff Buckley’s sole complete studio document has achieved two million sales worldwide since its mid-90s release, its impact at the time was far from impressive. And that’s from both critical and commercial perspectives, as although today it’s regularly held in high regard come top-albums lists, a mixed reception greeted it on its initial emergence.

Listening today, almost 17 years to the day after that first release, it’s easy to hear why reviewers weren’t universally moved by Grace. Its best-known track isn’t even one penned by Buckley, Hallelujah being a cover of Leonard Cohen’s haunting masterpiece. Nor is Corpus Christi Carol an original, Buckley interpreting the work of celebrated British composer Benjamin Britten via opera singer Janet Baker. One could argue that Buckley makes these pieces his own – and they certainly fit with the elegiac tone of what surrounds them. But for a fifth of such a posthumously acclaimed collection to be reinterpretations doesn’t allow it to sit all that easily in the pantheon of untouchable pop/rock canon classics.

The posthumous aspect of Grace’s continuing appeal is of key importance – if he hadn’t died, aged 30, in 1997, the chances are that Buckley would have taken the incredible promise showcased here and transformed it into material to place these efforts in the shade. Resultantly, Grace exists in a vacuum, with no material of particular note to trouble it as its maker’s definitive musical statement. Instrumentally, little is remarkable – surely Buckley would have explored new textures, bringing greater life to his music. But his vocal is mesmerising, and it’s this element of Buckley’s performance which has best stood the test of time. It is unique amongst artists, from the rock and pop spectrum and well beyond, defying prosaic pigeonholing. Hear it once, and it will stay with the listener forever.

As the son of Tim Buckley – who also died far too young – Jeff was always going to find it difficult to escape his father’s shadow and establish himself as a singular talent. Grace, though, was a remarkable first step – inconsistent certainly, but blessed with moments of arresting, beguiling beauty. It takes most of its compositional cues from fairly classic rock sources (Led Zeppelin, Pink Floyd), but Buckley’s vocals – committed, sincere, stop-you-in-your-tracks intense – marked him as an artist to follow intently. What a tragedy that he was never able to develop further the epic potential of this worthy debut.