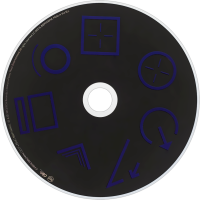 Upon its release, Fortune received generally negative reviews from music critics, who panned its songwriting and music. In the United States, the album debuted at number one on the Billboard 200, selling 135,000 copies in its first week. The album also debuted at number one in the Netherlands, New Zealand and United Kingdom, and reached the top ten in Australia, Canada, France, Ireland, Japan and Switzerland.

Preceding the album's release was the lead single "Turn Up the Music", which reached number 10 on the US Billboard Hot 100, and number one on the UK Singles Chart. "Sweet Love" and "Till I Die" were released as the album's second and third singles, respectively. "Don't Wake Me Up" was released as the fourth single and reached the top ten in several international countries. "Don't Judge Me" was released as the fifth and final single from Fortune. To promote the album, Brown made several award show and televised appearances across America.

Album Review
Chris Brown’s last album, 2011's F.A.M.E., debuted at the top of the US chart. This one, Fortune, has already spawned a UK number one single called Turn Up the Music. Even Rihanna seems to have forgiven him – controversially, she recruited her ex to appear on a recent remix. If she’s let him off the hook, it seems the pop-buying public have done likewise.

The tricky question to answer is: why is he enjoying such success? Brown dances like a dream, but on record he's no firecracker, and neither is he the sharpest operator in pop. Recent hits have tended to be club bangers, like Turn Up the Music; but Fortune has just one more of these – Don't Wake Me Up, which sounds like a smash. It also sounds like it could have been recorded by anyone who doesn't mind Auto-Tune and singing the word "up" 70-odd times in three-and-a-half minutes.

Elsewhere, Fortune delivers unremarkable mid-tempo RnB. There's the occasional glimpse of something interesting, but most of the time his producers are content to keep things contemporary but colourless. Brown is invariably upstaged by guest rappers like Nas and Wiz Khalifa, and though he receives a writing credit on every track, he has very little to say.

In fact, Fortune provides just two insights into the psyche of Christopher Maurice Brown. One is that he especially enjoys a pastime called "sexing"; the other is that he thinks he’s rather good at it. "I've got that pillow for you, baby, right here / Can you make it disappear?" he sings on an icky nookie track called 2012. Girls, what do you reckon?

Aside from some gag-reflex-inducing lyrics, though, Fortune is never terrible. It just feels cripplingly pointless, a problem highlighted by a song called Don't Judge Me. From Chris Brown, that's a provocative but potentially interesting title. For what, pray tell, does he want to be let off the hook for? And by whom? The answers: being such a player back in the day, and by his new squeeze.