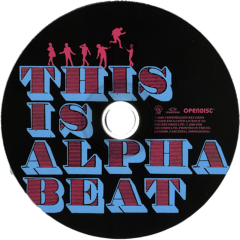 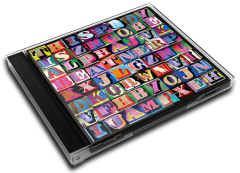 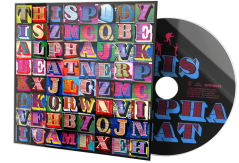 Alphabeat are about as close to a perfect pop band as you'll ever find. Hailing from Denmark but then transplanted to London, this sextet is a rare breed, indeed. The members successfully combine the pure pop of ABBA, the sassy sounds of the B-52's (without the kitsch), and the disco stomp of Scissor Sisters (without the camp), yet come out sounding unique. This, in itself, is enough to keep the average listener entertained, but the melodies are what keeps you coming back for more. The girl/boy vocals recall some of twee pop's finest moments but Alphabeat's robust sound is worlds away from their lo-fi contemporaries. Listening to this unpretentious, joyful debut album is like having your favorite birthday party, winning the lottery, and going to Disneyland all at the same time. From the disco-influenced opener "Fantastic Six," Alphabeat reach out and grab your attention with hooks, "whoo-whoos," playful rapping, and even more hooks. Then, with "Fascination," they switch gears with a soul-influenced pop treat that is so melodic and irresistible that it'll bring you to tears (of joy). "10, 000 Nights" ups the "op" ante even more. "Boyfriend" dips back into the disco/R&B vibe and offers up a fine slab of modern soul soaked with a glorious melody. And, luckily, the album serves up even more great moments: "What Is Happening," "Rubber Boots," "Nothing But My Baby," and more. Even their enthusiastic take on John Lydon and co.'s "Public Image" is classy classic pop. While the first half of the album is more eclectic, the second half is just as groovy although less varied. Unlike bands like the Maccabees, the Kooks,and the Wombats, the album holds up all the way through, never repeating the same formula song after song. Alphabeat could very much be the saviors of pop music but we'll have to see what their next album sounds like before we place the crowns on their heads.