Poetry for the Poisoned 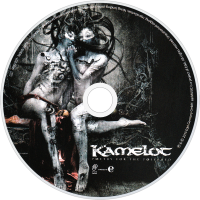 Poetry for the Poisoned is the ninth studio album from metal band Kamelot. It was released on the earMUSIC label, a subdivision of Edel, on September 10, 2010 in Europe, and four days later in North America by the band's own label, KMG Recordings.