02) When the Lights Are Down

03) The Haunting (Somewhere in Time) 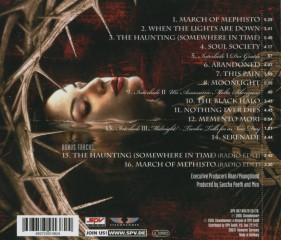 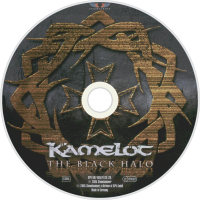 The Black Halo is the highly acclaimed, seventh full-length album by the American power metal band Kamelot. It was released on March 15, 2005, through Steamhammer Records. It is a concept album inspired by Goethe's Faust. Continuing the story introduced in Epica (2003), it is the second and final record in Kamelot's two-part rock opera about Ariel (character based in Heinrich Faust from Goethe's Faust). Epica tells Part 1 while The Black Halo tells Part 2. Goethe's Faust is also broken into two parts. The Black Halo features guest appearances by Simone Simons (Epica), Shagrath (Dimmu Borgir), Jens Johansson (Stratovarius), and several others. The album was released on vinyl in the spring of 2009, along with Ghost Opera (2007).]