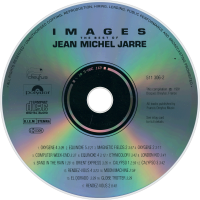 Unlike previous Jean Michel Jarre compilation albums this album isn't just a collection of separate tracks. Instead, Jarre blended all tracks together into a single mix and thus creating an audio adventure through his work to date.

At the time of release two versions were issued with different track listings. In 1997 a new version was released with both track listings combined and a few extra tracks added.