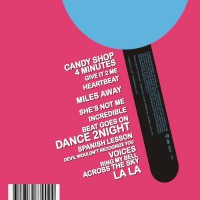 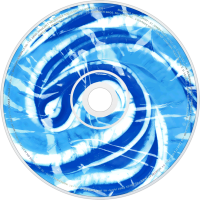 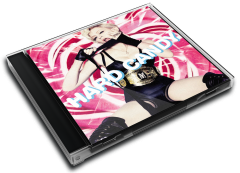 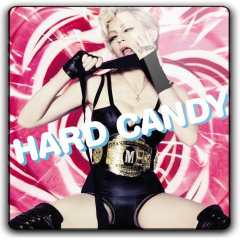 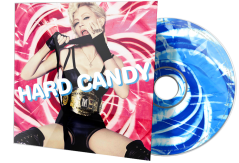 Hard Candy is the eleventh studio album by American singer-songwriter Madonna, released on April 19, 2008, by Warner Bros. Records. It was her final studio album with the record company, marking the end of a 25 year recording history. Madonna started working on the album in 2007, and collaborated with Justin Timberlake, Timbaland, Pharrell Williams and Nate "Danja" Hills. The album has an overall R&B vibe, while remaining a dance-pop record at its core. Pet Shop Boys were also asked to collaborate with Madonna on the album by Warner Bros. but the record company later changed their mind and withdrew their invitation.

Madonna became interested in collaborating with Timberlake after hearing his 2006 album FutureSex/LoveSounds. Together they developed a number of songs for the album, but the basis of the development was Williams' demos. Madonna had a number of songs written down for the album, which amazed Timberlake. They had intensive discussions among themselves before recording a song. Later, Madonna recalled that most of the songs on Hard Candy were autobiographical in many respects. However, according to her this was not intentional and happened while she was in the process of developing the album.

Madonna had initially decided to portray herself as the Black Madonna for the cover art, and call it the same, but later felt the idea may have been seen as controversial. She instead named the album "Hard Candy" which refers to the juxtaposition of toughness and sweetness. Critical reaction to the album was generally favorable, though some reviewers condemned it for its attempt to harness the urban market. On release Hard Candy debuted at number one in 37 countries worldwide, including the United States, Australia, Canada, France, Germany, Japan and the United Kingdom and became the eleventh best selling album worldwide of 2008. Worldwide the album has sold more than four million copies.

Three singles were released from the album. The first, "4 Minutes", was a worldwide success, topping the charts in 21 countries and becoming Madonna's 37th Billboard Hot 100 top-ten hit. Other singles released were "Give It 2 Me" and "Miles Away". To promote the album, Madonna went on a small promotional tour, where she played in three cities in small venues. The album received the majority of its promotion from the 2008-09 Sticky & Sweet Tour, which went on to become the highest grossing tour ever, by a solo artist.

User Album Review
''I know I can do it better'', boasts Madonna on She's Not Me, a gigantic disco ball of a Chic-esque tune. It's a piercing shot at any young pretenders, past, present and future, who think they've what it takes to take on the Queen of Pop in her fiftieth year, and one that reverberates across her eleventh album.
Laying herself at the mercy of producers savvy enough to churn out hits in their sleep, Madonna has put her reputation on the line for Hard Candy, but it's a calculated risk, and although she could have done it better, it's still a mighty record.
In essence, the album is not the hip hop tribute many had feared, but an urban extension of 2005's Confessions On A Dancefloor. The disco still rules supreme (just listen to the funk-overload of Dance 2Nite) and the dancefloor remains Madonna's sexual playground. Yet, with Timbaland, Justin Timberlake, Nate 'Danja' Hills and Pharrell Williams at the helm, the RnB edge is added. Williams' breathy punctuation and tinny percussion spill over from the album's opener Candy Shop and Timbaland's distorted bass beats make for wonderfully messy melodies, particularly on the superb climax, 12 Voices ”“ Madonna's most haunting sound since Frozen.
The argument that this tried and tested production work could be a template for any artist (Madonna only has co-writing credits) is a tad churlish. She adds that inimitable zing of excitement that the likes of Nelly Furtado don't possess and the record is not without its personal moments. Take the genuinely good, genuinely felt Miles Away; an electro missive concerning her relationship with husband Guy Ritichie (''I guess we're at our best when we're miles away''). Besides, many milestones of Madonna's epic career ”“ Holiday, Get Into The Groove, Ray Of Light and Music - are marked throughout.
Undeniably, it's the work with Timbaland and co. that really sells Hard Candy. Madonna and Timberlake's vocal hook on 4 Minutes is worth the download fee alone and the album's penultimate track, Devil Wouldn't Recognise You, is the next best thing after Timberlake's What Goes Around”¦
Meanwhile, Williams isn't as dependable. Tracks like the awkward Spanish Lesson and the badly paced Incredible, where the frenetic finish isn't worth the four minute wait, represent more fool's gold than the real deal. In contrast, Give It 2 Me, where children's TV meets trance and techno, is a wholesome sugar rush.
Easy to chew, Hard Candy is everything you'd hope for from a Madonna album; excitement, adventure and progress. Something tells me it just might sell”¦