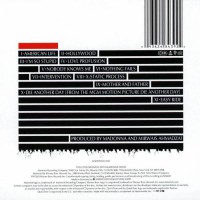 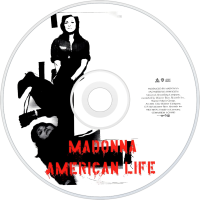 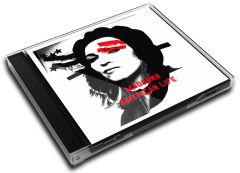 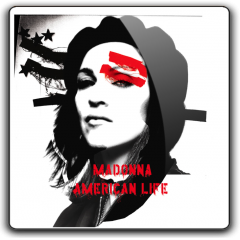 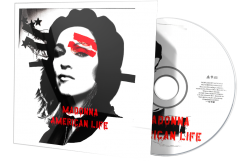 American Life is the ninth studio album by American singer-songwriter Madonna. It was released on April 22, 2003 by Maverick Records and distributed by Warner Bros. Records. The album produced in its entirety by Madonna and Mirwais AhmadzaÃ¯ featured references to many parts of American culture. The album is considered a concept album, with recurring themes of "American Dream" and "materialism". Furthermore, the themes reject the reputation Madonna held in the 1980s with her worldwide hit "Material Girl". American Life is a folk album in its purest definition, instead of a general pop record. The album also contains rock and electronica music, as well as influences of acoustic music on many tracks.

The album peaked at number one in fourteen countries, including the United States and the United Kingdom. It was nominated for two Grammys at the 46th Grammy Awards. The record was the world's 32nd-best-selling album in 2003. The Recording Industry Association of America (RIAA) and British Phonographic Industry (BPI) both certified it platinum in recognition of one million shipments in the US, and three hundred thousand shipments in the UK, respectively. It is the second Madonna Album to have a Parental Advisory sticker, after Erotica. Generally critic opinion was mixed with responses noting the "warmer sounds" as well as several critics noting the "innovation" at a time of R&B dominance, but general responses calling the record uninspired and uninteresting.

Four singles were released from the album. The first, the title track was released to a mixed critical reception with Blender naming it as the ninth worst song of all time. A controversial music video was pulled after scenes of war and violence were criticized which led to an edited version being released, charting at number 37 in the US elsewhere it entered the top ten in most countries placing at number two in the UK. The second "Hollywood" became her first to miss out on the Billboard Hot 100. A music video directed by Jean-Baptiste Mondino was subject of a lawsuit for plagiarism from French fashion photographer Guy Bourdin. The third "Nothing Fails" featured a lack of promotion resulting in a poor commercial performance, topping the charts in Spain, it once again missed out on the Billboard Hot 100. The final "Love Profusion" featured a music video directed by Luc Besson but once again failed commercially charting poorly in most countries whilst once again topping the Spanish Singles Chart.

Promotion for the album took place in a small promotional tour between April and May 2003 before she ventured upon her sixth concert tour, the Re-Invention World Tour. The tour was divided into five segments: French Baroque-Marie Antoinette Revival, Military-Army, Circus-Cabaret, Acoustic and Scottish-Tribal, gaining positive responses controversy arose over a statement by recording artist Elton John after he stated she was lip-synching. The tour was chronicled in a documentary titled I'm Going to Tell You a Secret. A CD+DVD was also released along with the film. At the 2003 MTV Video Music Awards Madonna performed alongside artists; Britney Spears, Christina Aguilera and Missy Elliot in a medley of, "Like a Virgin" and "Hollywood" and engaged in open-mouth kissing with Aguilera and Spears gaining great controversy and publicity.