Songs From the Big Chair

02) The Working Hour
03) Everybody Wants to Rule the World 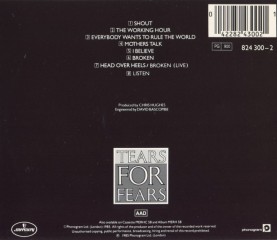 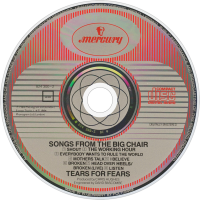 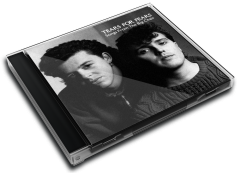 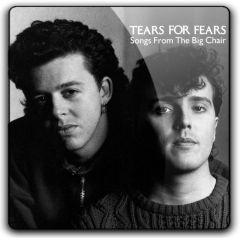 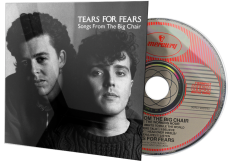 Songs from the Big Chair is the second album by the British rock band Tears for Fears. It was released in 1985 on Phonogram Records, and remains their highest selling album to date. The album peaked at no.2 in the UK (where it remained in the Top 10 for over six months and in the Top 40 for over a year) and reached no.1 (for five weeks) in the US. It contained a string of international hit singles, including: "Mothers Talk", "Shout", "Everybody Wants to Rule the World" and "Head Over Heels".

User Album Review
Sophomore sets are notoriously tricky beasts. Not so for Tears For Fears, who took a comparatively leisurely 24 months to follow up 1983’s The Hurting, and were rewarded with an out-the-park smash that took the duo to the top of the US charts.

Such stellar success had initially looked less than assured after two interim singles failed to crack the UK Top 10, but 1984’s Shout turned things around, rewarding the duo with a UK No 4 and a US No 1. That chart-topper was actually the second hit from the album, as the stateside label went straight for the jugular, seizing on Everybody Wants To Rule The World as the set’s lead release. That song, with its easy, mid-Atlantic sheen, is light years away from the band’s synth-heavy origins – and, indeed, much of the rest of this album. Still, make no mistake: this was a band making it big, coating their consistently interesting material in a high-gloss commercial sheen that captured the mid-80s zeitgeist perfectly.

This is the second reissue for Songs From The Big Chair and, this time, it’s truly a deluxe programme, available on five formats, including vinyl. A new 5.1 surround sound mix has created much online buzz, while the six-disc premium package, capturing that and a new stereo remix on DVD-A, sits alongside a DVD featuring promos, a documentary and BBC TV appearances, plus scores of early takes, unreleased material, contemporary remixes and live tracks across four further standard CDs.