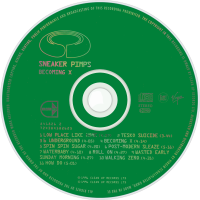 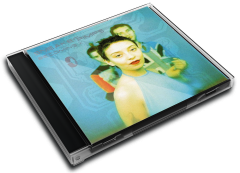 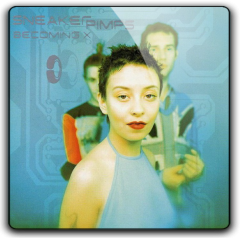 Becoming X is the debut album from Sneaker Pimps released in 1996. The album was successful in the United Kingdom, while "6 Underground" and "Spin Spin Sugar" would become hits in the US.
The album also marked the only appearance of Kelli Dayton as a vocalist for the group, before she was asked to leave the band. Chris Corner became the band's vocalist for subsequent albums.
"How Do", the last track on Becoming X, is a cover of the song known as "Willow's Song" featured in the movie The Wicker Man (1973). Britt Ekland lip synched the song (completely naked) in the movie; Sneaker Pimps' version begins with a short sound clip from the movie. It is in turn used in the movie Abre los ojos (Open Your Eyes). Most recently, "How Do" was used during an intimate scene in the 2005 Eli Roth movie, Hostel.
The album later spawned a remix album Becoming Remixed with DJs such as Paul Oakenfold remixing tracks from Becoming X.
Fueled by the hit "6 Underground", the album spent 23 consecutive weeks on the US Billboard 200.