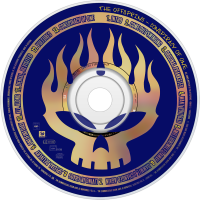 Conspiracy of One is the sixth studio album by the American punk rock band The Offspring, released on November 14, 2000 through Columbia Records. Following a worldwide tour in support of its previous album, Americana (1998), The Offspring commenced work on a new album. By the time of its release, the band had come out in support of peer-to-peer file sharing, claiming it does not hurt sales. Conspiracy of One was originally planned to be released directly on their website before retail, until their label threatened to sue and the album ended up as a physical release.
Conspiracy of One debuted at number nine on the Billboard 200 with around 125,000 copies sold in its first week, and spawned the singles "Original Prankster", "Want You Bad", and "Million Miles Away". The band supported the album with a worldwide tour. Conspiracy of One would end up becoming The Offspring's final studio album with drummer Ron Welty, as he left the band in early 2003 to pursue his career with Steady Ground. Although the album was not as successful as Americana, it went platinum by the RIAA in the United States, and has sold 5.5 million copies.