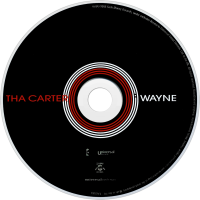 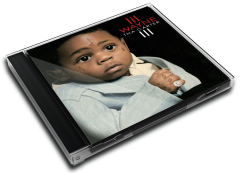 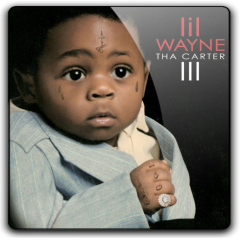 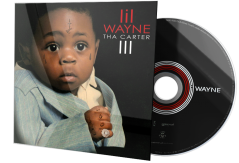 Tha Carter III is the sixth studio album by American rapper Lil Wayne, released June 10, 2008 on Cash Money Records. It follows a long string of mixtape releases and guest appearances on other hip hop and R&B artists records, helping to increase his exposure in the mainstream. The album's cover art features a baby picture of Wayne and is similar to covers of hip hop albums such as Illmatic (1994) and Ready to Die (1994). Amid release delays and leaks, Tha Carter III became one of the most anticipated releases of 2008.

The album debuted at number one on the US Billboard 200 chart, selling 1,005,545 copies in its first week. It reached sales of 2.88 million copies by the end of 2008 and produced four singles that achieved chart success, including the international hit "Lollipop" and Billboard hits "A Milli", "Got Money", and "Mrs. Officer". Tha Carter III received general acclaim from music critics upon its release and earned Lil Wayne several accolades. It has been certified triple-platinum by the Recording Industry Association of America and has sold 3.6 million copies in the United States.

Lil Wayne stated that producers would include The Alchemist, Cool & Dre, Deezle, Jim Jonsin, Just Blaze, Kanye West, Mannie Fresh, The Runners, Timbaland, Danja, The Sjkid,Arash, and will.i.am. In an interview with HipHopCanada.com, Solitair of the Black Jays stated that he and Cipha Sounds produced a track called "Outstanding", which later eventually leaked. The Runners have stated that they have produced three tracks for Tha Carter III. Lil Wayne revealed that he has a track for Eminem, which he has yet to send to him. He described this song as the "craziest". However, it is thought that Eminem turned down the request.

The album features guest appearances by Fabolous, T-Pain, Brisco, Bobby V, Betty Wright, Static Major, Robin Thicke, Kidd Kidd, Jay-Z, Juelz Santana, and Busta Rhymes. MTV reported that Wyclef Jean worked on a couple of tracks for the album and that a song featuring Justin Timberlake, Nelly Furtado, and Timbaland is likely to appear on the album. However, that Timbaland-produced track did not make the final cut. David Banner confirmed that he will be credited for five tracks on the final cut of Tha Carter III, but only one is featured on the album. After the copyright controversy of "Playing with Fire", the track was later removed and replaced with another David Banner-produced track "Pussy Monster". Swizz Beatz stated he was also working on the album. When asked about how many tracks Kanye West had contributed, he answered:

On the first visit he had five joints, on the second visit he gave me a CD with fifteen joints on it. I then told him to slow down and he left me alone, but we got a good three on the album. He confirmed that he had a few tracks on The Leak that are produced by Kanye West.