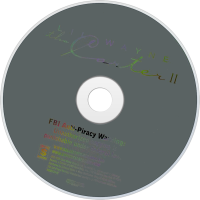 Upon its release, Tha Carter II received generally positive reviews from most music critics, with several praising the lyricism and artistic growth demonstrated by Wayne on the album. David Jeffries of Allmusic praised the album's balance of "hookless, freestyle-ish tracks" and "slicker club singles", commenting that "the well-rounded, risk-taking, but true-to-its-roots album suggests he can weather the highs and lows like a champion." Entertainment Weekly's Ryan Dombal wrote that Tha Carter II "transcends [Wayne's] inflated ego" and complimented the album's "sturdy funk-blues tracks... that offer genuine value". David Drake of Stylus Magazine called the album "one of the year's best releases" and lauded his "entire persona, an aura, a rap creation that seems fully-developed and fascinating". Despite writing that "Wayne's verses need a good polish", Nick Sylvester of Pitchfork Media wrote that the album contains "jaw-droppers aplenty" and complimented Wayne's growth as a lyricist, stating:

People who met Wayne on "Go DJ" and thought him a lunchroom hack emcee - who knows what's happened since then, but damn has he learned how to write. His squeak is now a croak, his laugh a little more burly, his flow remarkably flexible. Sometimes he's deliberate like syrup cats ("But this is Southern, face it/ If we too simple then yall don't get the basics") but when he needs to be, he's nimble as that Other Carter: "I ain't talking too fast you just listening too slow." Remy and weed, fast things and women, the corner - these are Wayne's wax since B.G.'ing with B.G., putting piff on the campus before he ever enrolled in college.
-Nick Sylvester

IGN writer Jim Durig commented that Wayne "[punishes] the mic with hard-hitting verbal tenacity", and wrote that the album shows him "at his most focused, and is a strong next step for a relatively young career." Matt Cibula of PopMatters wrote ambivalently towards that album's production, writing that "the producers here are mostly no-namers who do their jobs well but not spectacularly", but praised Wayne's "amazing" words and remarked that "he really IS the best rapper alive, at least when he tries".