The Golden Age of Grotesque 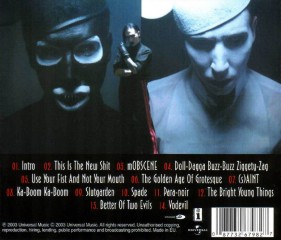 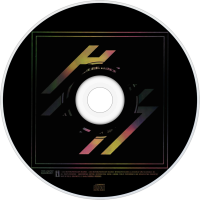 The Golden Age of Grotesque is the fifth full-length studio album by American rock band Marilyn Manson. It was released on May 13, 2003 in the US through Nothing and Interscope Records. It was the last Marilyn Manson album to feature guitarist John 5. Limited edition units included a DVD titled Doppelherz (Double-heart), a surrealist short film directed by Manson.

It was revealed in a 2007 edition of the British rock magazine Kerrang! that The Golden Age of Grotesque was intended to be Marilyn Manson's departure from music. The album has received mixed to positive reviews from mainstream music critics.

The album was certified gold in Australia, Austria, France, Germany, Switzerland and the UK. It spawned two singles ("This Is the New Shit" and "mOBSCENE"). The band supported the album with the controversial Grotesk Burlesk Tour, and the album debuted at â„– 1 on the Billboard 200.