Godspeed on the Devil's Thunder: The Life and Crimes of Gilles de Rais 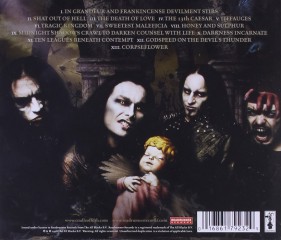 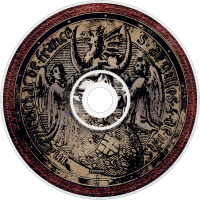 Godspeed on the Devil's Thunder (subtitled The Life and Crimes of Gilles de Rais) is the eighth studio album by English extreme metal band Cradle of Filth. It was released on 27 October 2008, through Roadrunner Records.

It is Cradle of Filth's first album as a four-piece, rather than its usual six-man staple. It is also the last album to feature backing vocalist Sarah Jezebel Deva (although she briefly returned for Midnight in the Labyrinth) and the first to feature drummer Martin Škaroupka, replacing Adrian Erlandsson. Once again, Doug Bradley provides narration for the album (as with Midian, Nymphetamine and Thornography). The title of the album derives from a valediction vocalist Dani Filth once used to sign a letter.

A special edition containing a bonus disc was also released. The album peaked at number 48 on the Billboard Top 200 chart,
with sales of a little over 11,000 copies.