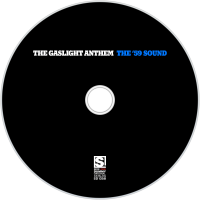 The '59 Sound is the second studio album by American rock band The Gaslight Anthem, released on August 19, 2008 on SideOneDummy Records.
In December 2008, eMusic named The '59 Sound the best album of 2008. NME rated it as the 47th best album of the year. The title track was number 62 on Rolling Stone's list of the 100 Best Songs of 2008.
In July 2009, following Bruce Springsteen's guest appearances with the band at Glastonbury and Hyde Park, sales of the album doubled