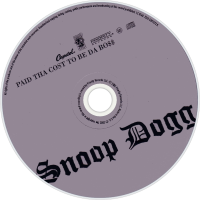 Paid tha Cost to Be da Boss is the sixth studio album from rapper Snoop Dogg, released in 2002. The album has been certified Platinum by the RIAA and has sold over 1,300,000 copies worldwide.

Thanks to the Brazilian eye-catching carnival-like scenes of the "Beautiful" video, the song became an instant hit and charted in almost every major country all around the world, helping the album to achieve Gold in 6 weeks and Platinum within four months. It reached the 60th spot on the LAUNCH Music Videos Top 100. The album has six announced pre-released versions with different CD covers and several tracks not included in the final list.