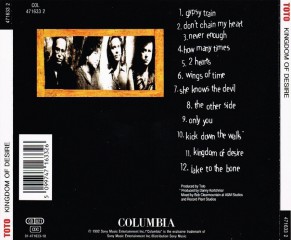 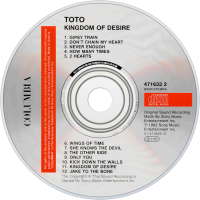 Kingdom of Desire is the eighth studio album by Toto, released in 1992. Guitarist Steve Lukather assumed sole lead vocal duties, as their previous lead singer, Jean-Michel Byron, was sacked following the Past To Present tour. Drummer Jeff Porcaro died shortly after the making of the album; he was replaced by British drummer Simon Phillips, who remains part of the band. The album was mixed by Bob Clearmountain.