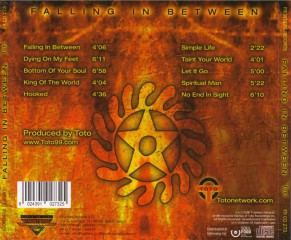 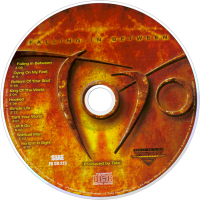 Falling in Between is the 12th studio album by American rock band, Toto. The album was released in February 2006 on the Italian label Frontiers Records, with a world tour to follow. It was the band's first studio release since Through the Looking Glass in 2002, and the first to include keyboardist/vocalist Greg Phillinganes. Phillinganes originally began playing with Toto as a touring replacement for David Paich, who had retired from the road. Another Porcaro brother, Steve, helped found the group and continues to work in the studio with the band, though he quit as a full-time member following the Fahrenheit album in 1987. Similarly, Lenny Castro has never been a member of the group, but has persistently contributed to their recordings since their first album, in 1978.
Other guest artists appearing on the album include then-former Toto singer Joseph Williams, saxophonist Tom Scott, Ian Anderson of Jethro Tull, Chicago trombonist James Pankow, and Jason Scheff, also from Chicago.