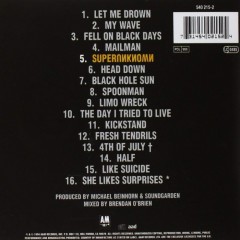 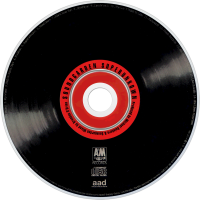 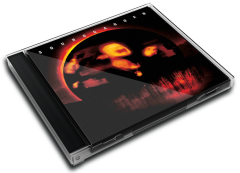 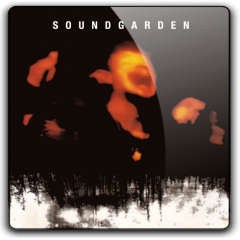 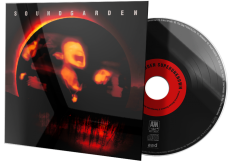 Superunknown is the fourth album by American rock band Soundgarden, released on March 8, 1994 through A&M Records. It is the band's second album with bassist Ben Shepherd. Soundgarden began work on the album after touring in support of its previous album, Badmotorfinger (1991). Superunknown continued a departure from the band's earlier releases while displaying a more diverse range of influences.

Superunknown was a critical and commercial success and became the band's breakthrough album. It debuted at number one on the Billboard 200, selling 310,000 copies in its opening week and reached high positions on charts worldwide. Five singles were released from the album: "The Day I Tried to Live", "My Wave", "Fell on Black Days", "Spoonman", and "Black Hole Sun", the latter two of which won Grammy Awards and helped Soundgarden reach mainstream popularity. In 1995, the album was nominated for the Grammy Award for Best Rock Album. The album has been certified five times platinum by the RIAA in the United States and has sold around 9 million copies worldwide and remains Soundgarden's most successful album. In 2003, the album was ranked number 336 on Rolling Stone magazine's list of the 500 greatest albums of all time. The album was ranked number 38 on Rolling Stone's list of the 100 Greatest Albums of the Nineties, and number five on Guitar World magazine's top ten list of guitar albums of 1994.