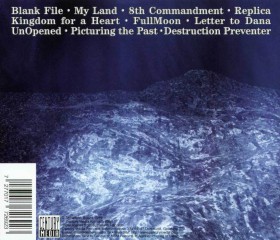 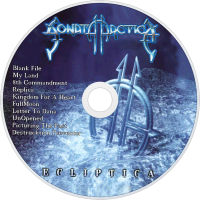 Ecliptica is the first full-length album by the power metal band Sonata Arctica. It was released in 1999 through Spinefarm Records in Europe and through Century Media in the United States. It's the only album featuring bassist Janne Kivilahti.
Regarding the track "Blank File", which covers the topic of privacy on the Internet, vocalist Tony Kakko once stated:
"I had a vision of how things would be in the future . Now that we're in the future, it's not as horrendously bad, although people are being really bad about their privacy. If you upload your family pictures online somewhere, even if you think you've erased them from the server, they're still there. "Blank File" is all about that. I didn't consider computers per se at the time. The starting point was all of the phone cards we had at the time, and when you're shopping on the concord, someone knew what you bought. I found that somehow, disturbing. It's great to realize that after so long, your songs are still valid."