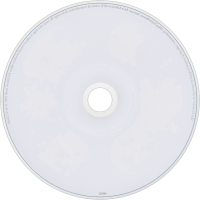 ( ) is the third full-length album from Icelandic band Sigur Rós, first released in October 2002. It comprises eight untitled tracks, divided into two parts: the first four tracks are lighter and more optimistic, while the latter four are bleaker and more melancholic. The two halves are divided by a 36-second silence, and the album opens and closes with a click of distortion. Lead singer Jón Þór Birgisson ("Jónsi") sang the album's lyrics entirely in "Hopelandic", a made-up language consisting of gibberish words. ( ) reached No. 51 on the Billboard 200 and was positively received by critics, although some reviewers found the album weaker than the band's previous album Ágætis byrjun.

User Album Review
The title of Sigur Rós' second album Agætis Byrjun translated as 'An Alright Start'. It was quite a down to earth title for a record that sounded like it was constructed from the stuff of dreams. As it turned out it was a slightly over modest title too, as its fragile, lush concoction of yearning, waif like vocals (sung in an invented language) and oceanic, slow motion prog rock won the hearts and minds of a good few of us (your humble reviewer included, who found it extremely hard to remove from the CD player for a good few months).
So it's difficult third album time for the Icelandic quartet. No title, no track titles, a largely blank booklet, which seems rather arch considering these songs have been a feature of their live set for a good year or so and have had titles in that setting. But labelling Sigur Rós as pretentious sort of misses the point (they're hardly the White Stripes after all). What they seem to be doing is stripping away all the trappings, leaving the music to exist on its own terms.
It's the same big, melting chords, swelling strings and bowed guitars, emotive climaxes and hushed comedowns, with tiny samples and environmental sounds hovering on the threshold of hearing. But after a few listens a bleaker, slightly rawer muse emerges, more reminiscent of Radiohead perhaps or even (on the last track) Godspeed You! Black Emperor. There's less of their wide-eyed wonder, more desperation at work (in short, more Thom Yorke than Elizabeth Fraser). They seem more content to stretch out, unfolding their songs gradually. This may something to do with the songs having been in the live set for a while; whereas the previous record sounded like the songs were conceived in impossible, studio mediated acoustic spaces, () seems more conventional, more linear.
Still, there's much of () that's immediately gorgeous in a way that defies description. It's early days yet and with music like this it's probably best to write about it after a year rather than a week or two of listening. So I'll shut up and leave the rest to you...