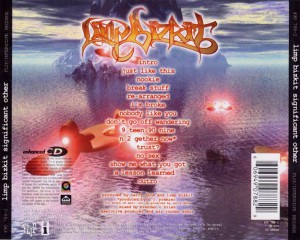 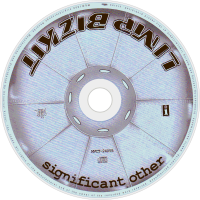 Significant Other is the second album by American rock band Limp Bizkit. Released in 1999 by Flip/Interscope Records, the album saw the band expanding its sound from that of its debut album Three Dollar Bill, Yall$, to incorporate further rock and hip hop influences. Significant Other was co-produced by Terry Date and Limp Bizkit. The album had controversy over the band's live performance at Woodstock 1999, in which violence erupted during the song "Break Stuff". However, the controversy did not affect the album's success, as Significant Other received high commercial sales, peaking at #1 on the Billboard 200. Critical reception to the album was favorable, with critics responding well to the album's unique sound and the band's performance, which was considered to be an improvement over the band's debut.