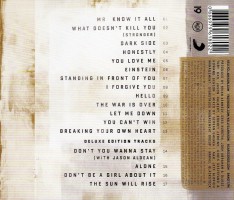 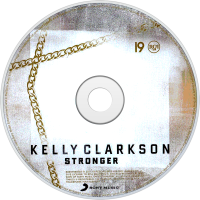 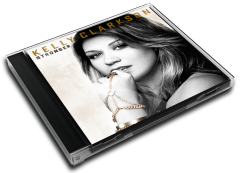 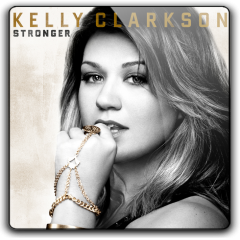 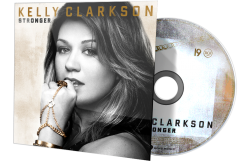 Stronger is the fifth studio album by American pop rock, singer-songwriter Kelly Clarkson. The album was released on October 21, 2011 in Australia and October 24, 2011 in the United States and the United Kingdom through RCA Records. The thirteen-song set (seventeen on the deluxe edition) features Clarkson collaborating with new musicians Greg Kurstin, Steve Jordan, Rodney Jerkins, Toby Gad, Brian Kennedy and Ester Dean, as well as recording with longtime collaborator Howard Benson. Wanting to stray away sonically from her previous albums, Clarkson's main objective was to record her vocal performances as it is heard in her live sets, and used as little auto-tune processing as possible. The album also marked the first release by Clarkson that did not cause a conflict with RCA; her previous records, most notably My December, were released amidst conflict and controversy.
Clarkson began writing new material for the album in November 2009 while touring and finished recording in February 2011. For the recording sessions, Clarkson drew inspiration from Tina Turner, Prince, Radiohead and Sheryl Crow among others. Clarkson also mixed R&B, country, urban, dance-pop and soul with her established pop rock character to develop a more diverse pop music material. The album's lyrical content mainly explores themes about heartbreak, vengeance, forgiveness and empowerment using metaphors about Clarkson's relationships around people.
The record is predominantly a pop rock and pop music album, with several music critics noting the predominant R&B and country influences Clarkson explored in Thankful and All I Ever Wanted as well as dance-pop themes which Clarkson has newly developed. Originally planned to be released in late 2010, the release date of the album was pushed back several times. Upon its release, Stronger received mostly favorable reviews from critics, who noted the album's un-risky progression unlike her previous albums but notably praising Clarkson's vocal performance. In the United Kingdom, the album debuted at number five, with over 30,000 in sales. In the United States, the album debuted at number two by selling over 163,000 copies.
The album's release was preceded by the lead single "Mr. Know It All", which was released on September 5, 2011. The song, originally perceived as a moderate success, topped the charts in Australia and attained a top-ten position in the UK Singles Chart and the Billboard Hot 100 chart. The second single, "Stronger (What Doesn't Kill You)", was released on January 17, 2012, and topped the Billboard Hot 100, becoming Clarkson's third (and eventually longest) number-one single in the United States. It also became an international hit, attaining top-ten positions in 16 countries around the world. It eventually became her most commercially successful single in the United States, Denmark, Finland, New Zealand, Hungary, and Spain. The third single, "Dark Side", was released on June 5, 2012.