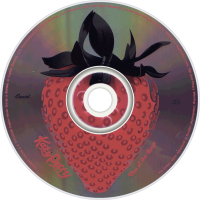 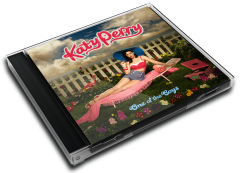 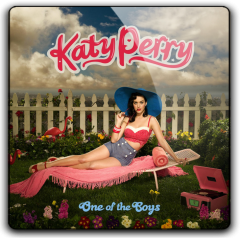 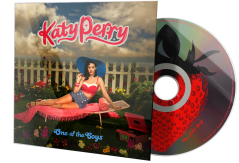 One of the Boys is the second studio album and major-label debut by American recording artist Katy Perry. Her change in record label, and adoption of a pseudonymous surname accompanies a notable shift from the Christian gospel rock of her self-titled debut album. The album was released on June 17, 2008 by Capitol Music Group.

The album features the Billboard Hot 100 number-one single "I Kissed a Girl", as well as top three hit "Hot n Cold", top ten hit "Waking Up in Vegas", and top thirty hit "Thinking of You". The album earned Katy Perry two Grammy Award nominations in 2009 and 2010. One of the Boys has sold more than 5 million copies worldwide.

Perry has stated that she had been working on the album since she was eighteen years old. During the making of the album Perry was dropped from two record labels and went through two canceled albums. During this time, Perry had written close to seventy songs. Perry collaborated with notable producers Greg Wells, Dr. Luke, Dave Stewart, and Max Martin among others on the album. Perry co-wrote every song on the album as well as writing three of the songs herself.

Once signed to Capitol, label head Jason Flom started work on a new album by convincing Dr Luke to go back into the studio with Perry, with the two having already worked together on the abandoned Columbia sessions. Together with Max Martin they wrote and cut "I Kissed a Girl" and "Hot n Cold". Perry then collaborated again with Greg Wells, who she'd also worked with on the Columbia album, creating the songs "Ur So Gay" and "Mannequin". According to Perry's A&R Chris Anokute they ended up with five new songs and then chose the six best songs from the shelved Columbia album to compile "One of the Boys". When talking about the songs on the album Perry said that she released the single "Ur So Gay" as an introduction to the album:

The album will have a lot of the same characteristics [as "Ur So Gay"], though. There will be lots of storytelling, because lyrics are important to me. There are a few songs that will make you cry, but there are others to make you dance and sing. Every song is on the album for a specific reason.

User Album Review
So Katy Perry kissed a girl, we all know that, but what else has this feisty Californian singer, who cites Queen as her biggest influence, got to offer? Well, quite a lot as it turns out. It's certainly believable that she's singing about her own experiences with lyrics about reading teen magazines, shaving her legs and boys, and she manages to convey her emotions with a pretty varied and impressive vocal range. She's got a sound that's kind of Cerys Matthews crossed with Avril Lavigne, but there's a modern, reborn-Britney-esque tinge, which keeps One Of The Boys sounding fresh and funky.

There's a coherence to this record, but the songs have a diversity (aside from the general theme of love for both boys and girls) which keeps things interesting. Thinking Of You is a four-minute plus ballad which laments the end of a relationship and it seems that Katy's true voice shines through here. On some tracks, it feels like she's doing songs 'in the style of', but on this song you can hear an edge and a rawness that makes you feel like you're finally listening to the real Katy. Mannequin and Lost have a similar vibe, and you can believe her constant assertions that she's a strong person and refuses to let herself be walked over. The opening lyric of Ur So Gay, ''I hope you hang yourself with your H&M scarf'' is slightly violent perhaps, but you get the feeling that Ms Perry has been wronged a few times and isn't going to let it go.

In general, this record is surprising and in a good way. I'm Still Breathing is a refreshing break from the manic pop rock and shows off her versatility. She has a wide variety of sounds and it'll be interesting to see where she goes with the follow-up. I Kissed A Girl is definitely the catchiest song on the album, and it's not certain that second single, Hot N Cold will garner the same interest. The early 90s club vibe doesn't necessarily make it the most single-worthy song. A better choice would have been Self Inflicted, but Katy obviously knows best, and, as she says in final track Fingerprints, she's, ''not going down without a fight''. We'll see.