Nonsense in the Dark

07) Nonsense in the Dark 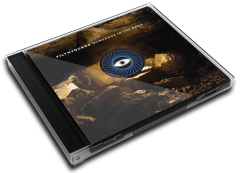 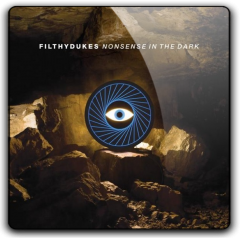 Nonsense in the Dark is the debut studio album by English band Filthy Dukes. The album was released on 24 March 2009 through Polydor / Fiction Records.

User Album Review
The first decade of the 21st century will now, without doubt, be seen as the era when the arbitrary line between indie rock and dance music disappeared like a puff of dry ice. Following in the wake of Hot Chip and LCD Soundsystem (with whom they've played), London DJs, remixers and actual live-on-stage-type band Filthy Dukes' give us what must be close to the final nail in coffin for meaningless genres with this, their cracking, big, rude debut album. Combining Gallic house, hip hop and old fashioned new wave, Nonsense In The Dark is just a great album.
The trio's dancefloor credentials are impeccable, with founders Olly Dixon and Tim Lawton having hosted Fabric's Kill Em all night for the last five years (and many other London venues before that). Called upon to remix tracks from Bloc Barty to The Rakes they now make their own music for the feet and head.
Whereas the DFA crew base their booty shaking grooves on post punk New York DNA, FD draw on inspiration from across the channel. Nonsense In The Dark is jam-packed full of the crunching sequencers, staccato choruses that put one in mind of Daft Punk or Justice. Single and first track This Rhythm finds the song's protagonist lost in the 16 rhythm, blitzed on chemicals and drowning in a maelstrom of parping analogue glory. And so it continues. What Happens Next even has that great shouty schoolkids thing going on as they spell out the order, ''d.o.n.t just stand there'' and the confusingly titled Tupac Robot Club Rock uses US hip hop crew Plastic Little to both mock and propel at the same time.
While the lyrics may sometimes slip into ponderous analogies the beat is king here. The title tells the whole story: the real thrust just to have a good time. Even closing token slow number, Somewhere At Sea , turns out to be really quite beautiful. Much like Empire Of the Sun the archness of it all never overwhelms the basic ability to make with the tunes and remove inhibitions. Splendid fun is guaranteed.