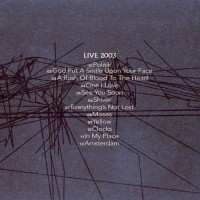 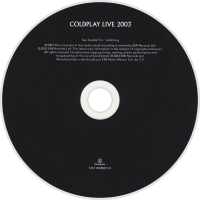 Live 2003 is a live album by English alternative rock band Coldplay, first released in November 2003. The set features concerts filmed at Sydney's Hordern Pavilion on 21 July 2003 and 22 July 2003.
It was nominated for "Best Music Video: Long Form" at the 2004 Grammy Awards.
The song "Moses", exclusive to this album, was written about Chris Martin's wife Gwyneth Paltrow. The song inspired the name of Chris and Gwyneth's second child, Moses Bruce Anthony Martin, born in 2006. The song was solicited to US alternative radio as the album's only single on 6 October 2003. The cut "Clocks" had a small promotional radio release in some countries like Spain.
The album is the band's second live release, following Trouble - Norwegian Live EP from 2001.